listed at bottom of the page

For research purposes, we have highlighted the name of black artists, to show that they were already included by leading galleries as from the early 60's. After 1973 no members of the Haenggi family were involved any longer in the original Gallery 101 Group.

This branch was taken over by Mme. Fernande ML Haenggi in her own right and renamed "Madame Haenggi Gallery", operating from 1st January, 1974 until 30th October, 1976. 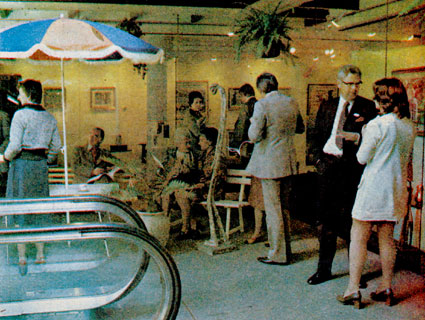 This branch was then taken over by Fernand F. Haenggi in his own right, as from 1st August, 1972, and renamed "Gallery 21".